Find Out What Sells 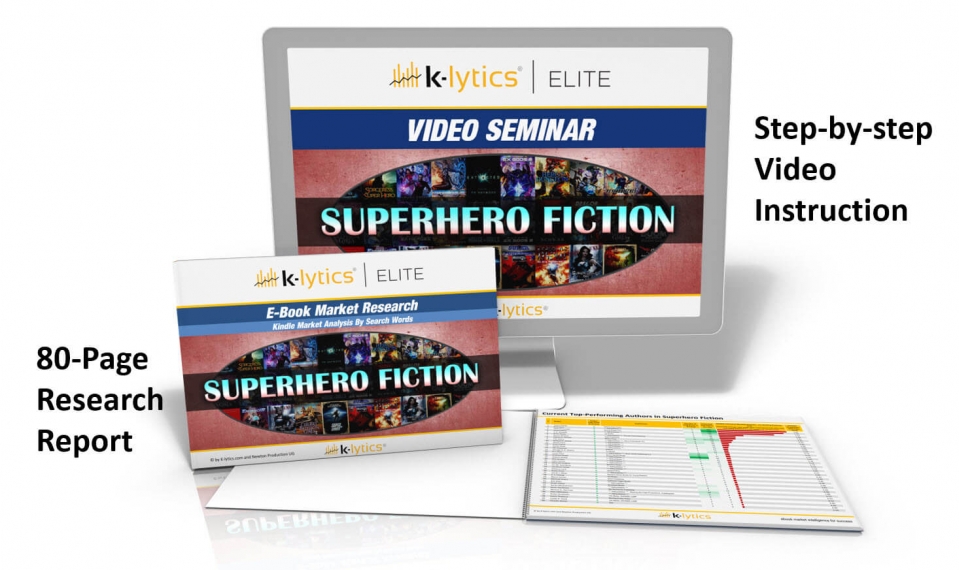 Thinking of writing or publishing a Action & Adventure book that could feature a superhero or heroine? We bring you the market insights and the data power of the Amazon platform to your projects. Learn what sells and what does not. Don't waste time and money on the wrong projects. Make your life easier and get this vital market information today.

Save yourself months of research

Powers beyond those of mere humans combined with the mission and ability to do good; we probably need more such characters on this planet: superheroes (and heroines.)

In the arts, superheroes often have a double identity: the superhero self and a private, often less heroic self. Combine that tension with a powerful antagonist, the supervillain, and you have a story!

2019 has seen the highest number of superhero movies ever released. The passing-away of legendary  comic book writer Stan Lee brought renewed media attention to the whole superhero genre. So we have enough reason to take a closer look at the status and evolution of the superhero fiction market.

Get Ahead of the Game

Although there is one category for Serial Killers, the market for such books is not very transparent. We took a closer look to solve the problem.

This K-lytics report reveals true top-performers of this ebook market segment by analyzing more than 17,200 current titles. Get the results from our unique "virtual bestseller list approach."

If you want to stand out from the crowd and be successful as an author or publisher, you have to know the market. Our research report and seminar delivers you exactly that insight.

Get The Complete 2020 Seminar Package:

(For a limited time only)

K-lytics (R) is a registered Trademark