Welcome Writers of the World!

Here is a young and fast-growing genre. Even Steven Spielberg got excited about it. Get the latest trends and find out all about this new book market opportunity.

Look no further. Try K-lytics – Research Done For You 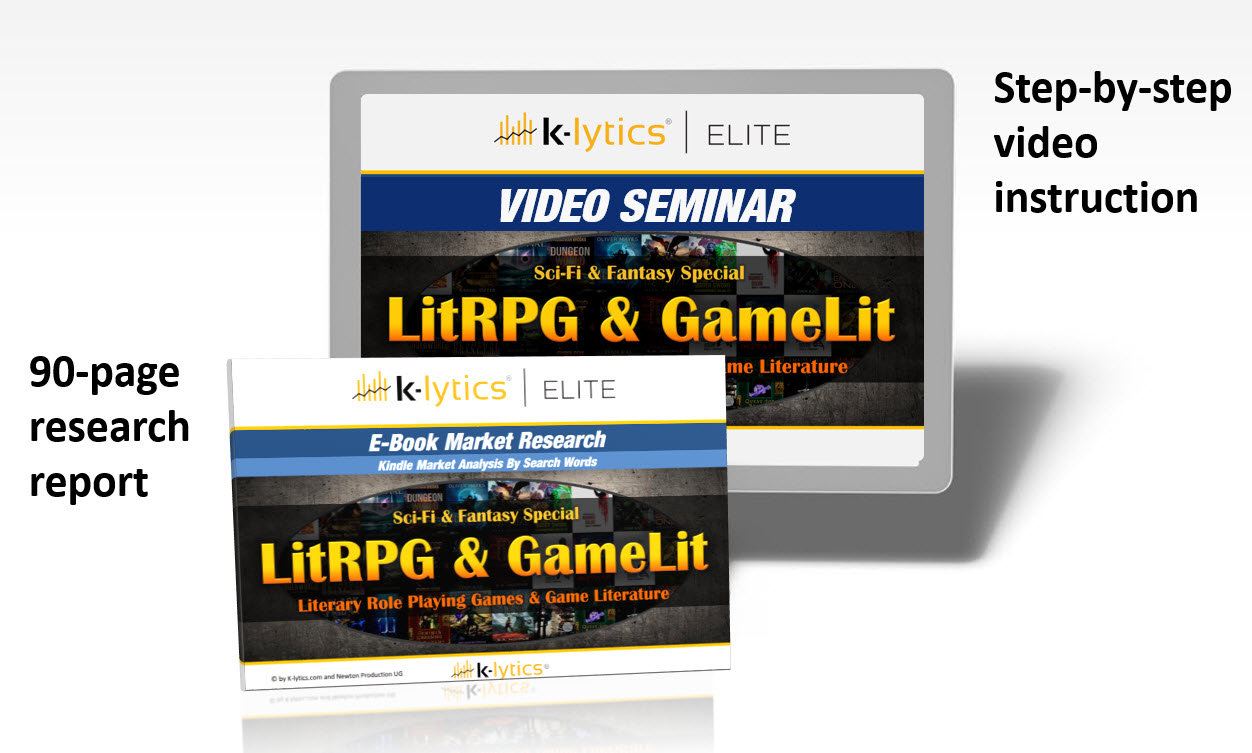 A New Genre Is Born

LitRPG is a coined word that stands for "Literary Role Playing Game." You could also call it Game Literature or GameLit. In essence, LitRPG describes a book genre where elements of a particular type of video game are blended into the story or take center stage in the plot.

The genre already achieved tremendous popularity in Japan, Korea, and in Russia, where the term LitRPG first appeared. Translations have found their way into the English-speaking book market, and more and more Western authors have become successful in the field.

No matter whether you are into science fiction, fantasy, cyberpunk or techno-thrillers, LitRPG offers new opportunities and creative input.

However, the LitRPG/GameLit book market is still young, and it is hard to find any facts and figures about it. That alone was enough reason for the K-lytics market research team to take a closer look at this opportunity.

What may have started out as "books by geeks for geeks," has already made first strides into the mainstream.

Many computer games, in particular, role-playing games (RGPs), have something that every book author is looking for: fans. These are fans who love to immerse themselves in a world that has its own rules, mechanics, language, adventures, and rewards. Gaming fans are passionate and constitute a huge market.

Unsurprisingly, it was only a matter of time that the movie and book industry got wind of the LitRPG movement. None other than Steven Spielberg brought Ernest Cline's LitRPG book, Ready Player One, to the big screen in 2018. The movie achieved a box office total of more than $137 million in the U.S. alone. Google search interest for LitRPG has more than doubled in two years; the number of book titles for it on Amazon has quadrupled during the period.

If you are interested in the growth of a young genre and how you may benefit from it, this market research and seminar is for you.

The Complete Seminar Package
Save 30% – For Limited Time Only